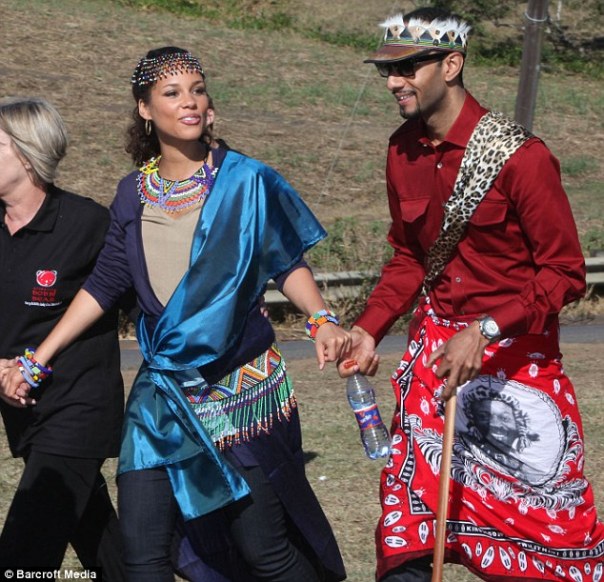 Singer Alicia Keys and fiance Swizz Beatz took part in a very special Zulu ceremony for their unborn baby in South Africa. Keys was chosen for the ceremony for her tireless efforts with the local South African charity, Bobbi Bear.

Keys was given tribal beads and a blue robe to wear during the blessing while Beatz sported a red Zulu-inspired sarong and animal print sash.

The ceremony took place last Wednesday in Durban while Keys was in South Africa for the World Cup Kick-Off concert.
The director of Bobbi Bear, Jackie Bradfield, had this to say about Keys:

“Alicia has been made part of the tribal family because she really reached out to the people here.

Two female priests who practise a mix of Christianity and tribal custom chose new names for her and the unborn child, as a mark of respect. The names were kept between them, but were chosen to reflect Alicia’s character.

Alicia had to do a special dance with drums banging in the background, and was embraced by abused children who she has helped. She was chosen for the ceremony as a thank-you, because she has done a lot to keep children’s lives afloat and for us to afford our support staff.

‘Her partner came too – he held her hand and helped her sit down when she needed rest.” 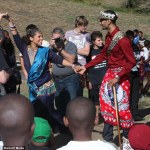