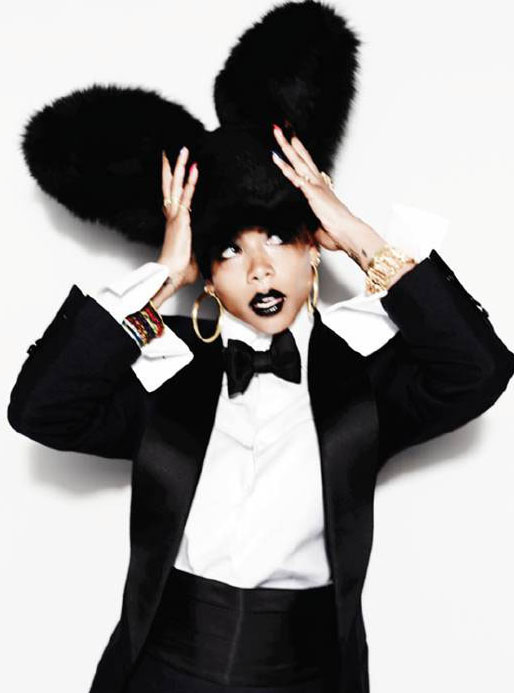 Singer Kelis is one of the many celebrities featured in the 5th Anniversary issue of Wonderland Magazine.  The singer is normally known for wearing outlandish outfits, but for this particular  shoot, Kelis is photographed in a natural and playful state.  Wonderland Magazine is a London-based magazine that has featured Janet Jackson and Zoe Saldana in the past.  Check out some more pictures of Kelis below plus actor Zac Efron on the official cover of the magazine.