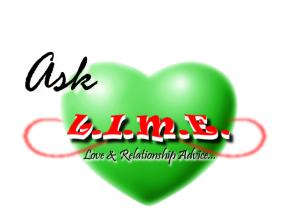 We haven’t had sex in like 2 months, which is odd for us. I don’t know if he’s getting it somewhere else, but I’m at the point where my loins need it. I’m thinking about finding a side dude just fulfill my needs.

What do you think? Should I step out on him?

Thanks for writing. Your letter didn’t say whether or not other issues exist in the relationship, so I assume everything else is good. Being that you two haven’t been intimate in two months, it raises an eyebrow. Sex isn’t the be-all and end-all of a relationship, but when a sexually active couple stops being active then something is up. Has your man’s behavior changed at all? Did something drastic occur after the last time you two had sex? Is he stressed at work? Has his appearance changed?
I ask these questions because your man could be going through something and instead of talking about it, he’s been keeping it to himself. I don’t want to say your guy is being unfaithful, because I don’t know him, but I would pay attention to his behavior. There are always signs when a man/woman is being unfaithful. If you haven’t vocalized your thoughts on this matter with him, I’d strongly suggest that you do. You guys have been together for 4 years, so having this kind of conversation is important if you think the relationship is worth saving.

I would never encourage or advocate cheating. If you have exercised all of your options and nothing has changed, then it would be better to move on rather than cheat. I’d also suggest never allowing a third person in your relationship for the sake of appeasing your partner, the results could be disastrous. I hope I helped.