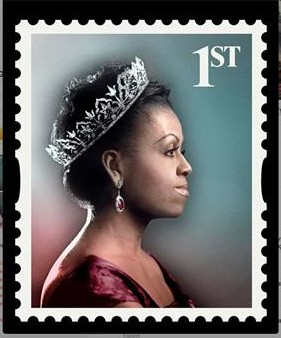 The magazine took their promotion up another notch  by releasing an ad with a picture of the FLOTUS wearing a royal crown on a British first-class postage stamp.

According to the Little Black Book, the judges praised Mrs. Obama’s “understanding that, as her primary role as first lady is visual, fashion can be a force for good used to inspire and entertain.”

The FLOTUS has been consistently complemented on her trend-setting outfits and her unique style. This stamp shows the first lady in a very regal and classy way; it’s probably one of mrs. Obama’s most honorable fashion mentions to-date.