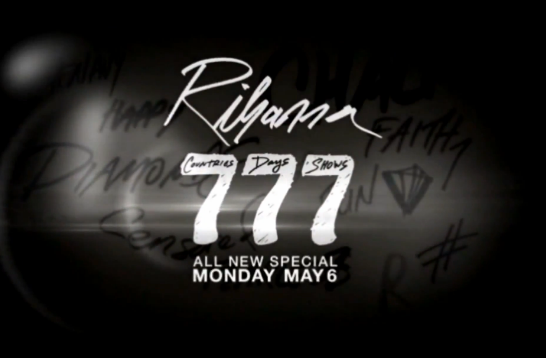 It was only a matter of time before one of Rihanna’s tours hit network television.

The singer’s  777 Tour, a mini tour consisting of seven shows, in seven different countries, for  seven days, will be shown as a documentary on national television this May.

The tour began on November 14 and Rihanna invited fans and 150 journalists representing 82 countries  aboard a chartered Boeing 777 twinjet to every venue. She performed songs from her latest musical effort, Unapologetic.

Rihanna’s 777 Tour documentary airs on Monday, May 6 on FOX. Check out the trailer below.