Rihanna Postpones Barclays Center Concert, Will Perform May 7 Instead 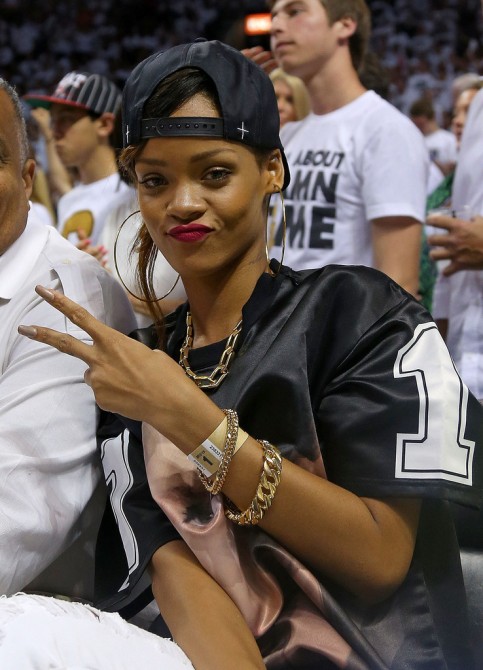 Rihanna was scheduled to perform at Barclays Center in Brooklyn on May 4, but due to a Brooklyn Nets game, the songstress has postponed the concert.

NBA fans know that the Brooklyn Nets and the Chicago Bulls are set to play Game 7 of the NBA Playoff series on May 4, so having the concert at the same time would cause havoc. Brett Yormark, CEO of Barclays Center in Brooklyn, released the following statement in regards to the postponement.

“I want to apologize to Rihanna’s fans for the inconvenience of having to reschedule her show at Barclays Center from Saturday, May 4 to Tuesday, May 7 due to Game 7 of the Brooklyn Nets-Chicago Bulls NBA Playoffs series. I want to thank Rihanna for working with us on this new date and for understanding what a Game 7 in Brooklyn means to the borough. We look forward to a special concert and I hope Rihanna will be our guest at Game 7.”

Tickets for the original date will be honored on Tuesday night.  Fans who cannot attend will be able to get a refund at their original point of purchase.
For  more tour and ticket information, visit: rihannanow.com and livenation.com