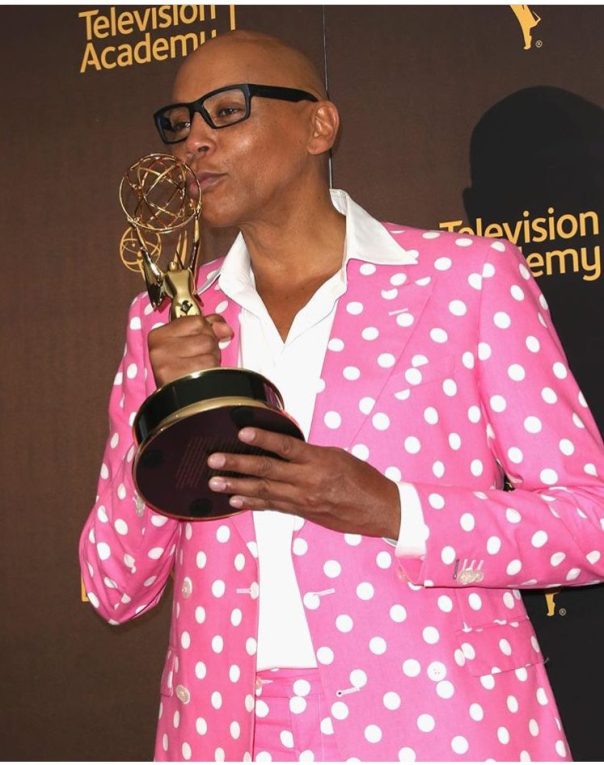 The other contenders in the Outstanding  Host for a Reality or Reality Competition Series had to shontay-away , thanks to RuPaul.

The Queen of drag won his first Emmy during the Creative Emmys ceremony this past weekend. He was seen kissing his statue backstage, as he posed for cameras.

RuPaul has been hosting his hit reality television series, RuPaul’s rag Race for more than six seasons on LOGO.

Posted on September 13, 2016, in ENTERTAINMENT NEWS. Bookmark the permalink. Leave a comment.