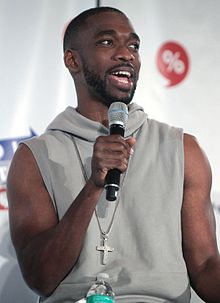 It’s been almost a year since Jay Pharoah was let go from ‘Saturday Night Live’ and now the comedian is speaking out on how he feels about being chopped.

During a recent interview with HOT 97, Pharoah revealed that he didn’t feel appreciated.

Pharoah also revealed he felt he was put in an “impression box.” Before being hired on the show, Pharoah was widely known for hiss Jay-Z, Eddie Murphy and Obama impressions.

In 2013, Pharoah finally emerged out of Fred Armisen’s shadow to showcase his impersonation of President Obama in 2013.

“If you really noticed, for the last year and a half, they didn’t do any Obama sketches,” he said. “I was like, ‘Just let me do my character and we’ll be fine.’ [They] didn’t want to do that.”

Posted on April 16, 2017, in ENTERTAINMENT NEWS. Bookmark the permalink. Leave a comment.