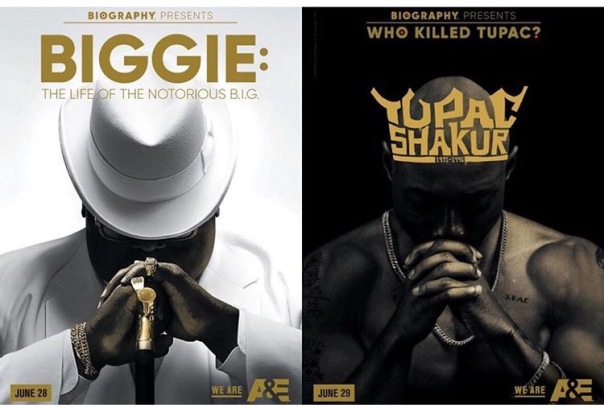 Tupac Shakur and Biggie Smalls are two of the individuals who will be featured on separate installments. Shakur’s mini-series will be titled “Who Killed Tupac?” while Biggie Smalls’ installment will be called “The Notorious Life of Biggie Smalls.”

The reboot will have a six-hour series dissecting the life and death of Tupac Shakur, and a two-hour take on the murder of rapper Notorious B.I.G.

“Biography” is expected to return later this spring with the Notorious B.I.G episode.

Posted on May 27, 2017, in ENTERTAINMENT NEWS. Bookmark the permalink. Leave a comment.