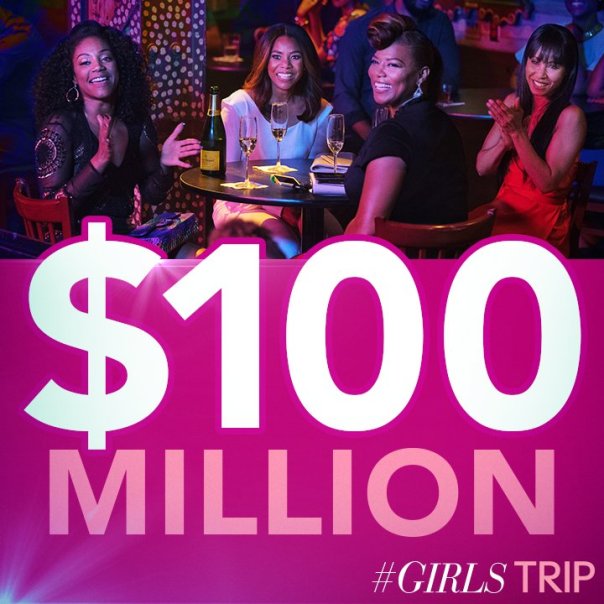 The ladies of Girls Trip have a lot to celebrate this week!

The movie is now the fist comedy of 2017 to hit the $100 million mark. It’s also the first film produced, written, directed by and starring a cast of Black actors to do so.

Star of the movie, Queen Latifah tweet the good news. She wrote: “This is amazing!!! So proud of the entire #GirlsTrip team! We are so thankful to everyone who came out and supported us ❤️️❤️️❤️️”

‘Girls Trip’ premiered July 21 and stars Latifah, Regina Hall, Jada Pinkett-Smith, and Tiffany Haddish. It follows four friends who embark on an all-female trip to reconnect an have fun.

Posted on August 18, 2017, in ENTERTAINMENT NEWS. Bookmark the permalink. Leave a comment.