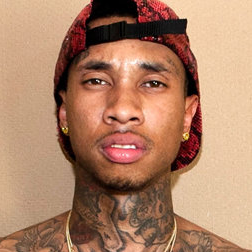 Rapper Tyga doesn’t have that Kardashan money to help him out anymore. The emcee is currently being sued for more than $2 million.

Tyga allegedly owes the money to an ex-business partner in his Last Kings t-shirt company.

The ex-partner, Chuon Guen Lee, was already awarded millions in a lawsuit he filed against Tyga, but he has not receive any of it yet. According to TMZ, there are new docs allegedly showing that Tyga set up new companies to hide his profits from the t-shirt line.

In the lawsuit, Lee claims the only reason Tyga launched the other companies was in an effort to block his attempts to collect the money.

Posted on October 13, 2017, in ENTERTAINMENT NEWS. Bookmark the permalink. Leave a comment.