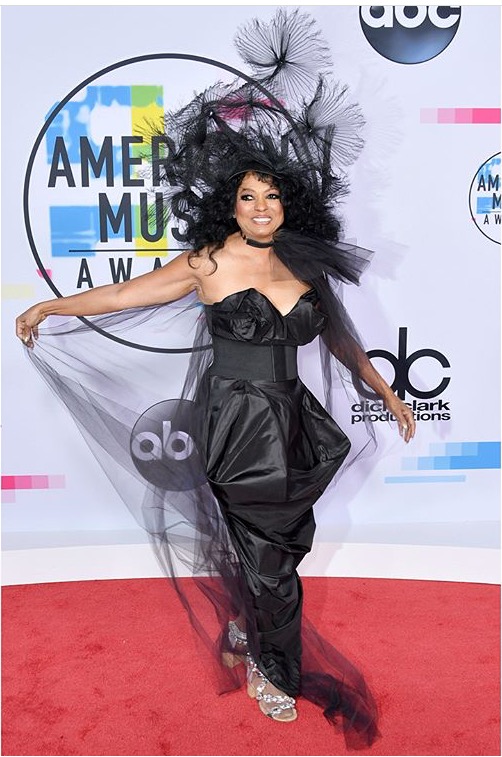 Diana Ross is coming out with her entire family. The legendary singer brought all of her children and grandchildren to this year’s American Music Awards.

Her daughter Tracee Ellis Ross is set to host, while she receives the Lifetime Achievement Award for her longstanding career in music.

Her youngest son Evan Ross, 29, was accompanied by his wife Ashlee Simpson Ross along with their 2-year-old daughter Jagger Snow Ross and her son Bronx Mowgli Wentz from a previous relationship.

Posted on November 19, 2017, in ENTERTAINMENT NEWS. Bookmark the permalink. Leave a comment.