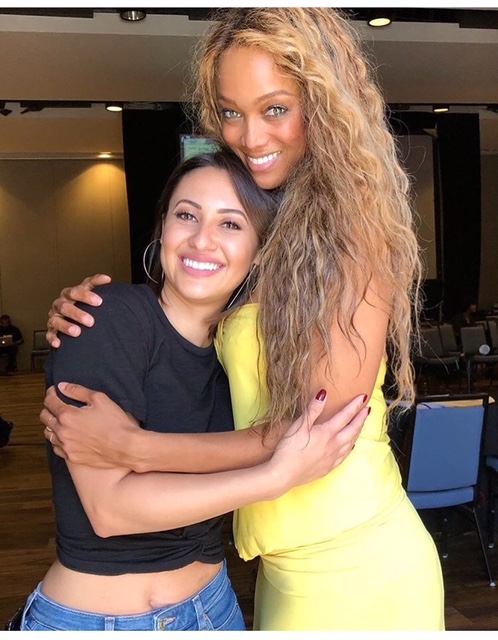 The sequel to “Life Size” is currently in production without original Star Lindsay Lohan.

Earlier this week, Tyra Banks posted a photo of herself and the star of the upcoming “Life Size 2” movie. Her photo (shown above) was captioned with the following: “Now filming: LIFE SIZE 2. It’s time y’all! You’ve waited long enough. I’m so excited to announce who will co-star with Eve 2.0…the magnificently fierce @franciaraisa.
See you on @freeform this holiday season! #LifeSize2 #ShineBrightShineFar”

The sequel will be on Freeform and star Francis Raisa. The original film premiered on The Wonderful World of Disney (ABC) in 1999. It followed the story of a girl (Lohan) who wanted to bring her mother back to life via a spell, but gives life to her Eve Doll instead. The movie was an instant hit and fans have been begging for a sequel for several years. Now that they’ve got their wish, some fans are a little disappointed that Lohan isn’t back for the second installment.

“Life Size 2” will premiere on Freeform in December.

Posted on July 10, 2018, in ENTERTAINMENT NEWS. Bookmark the permalink. Leave a comment.