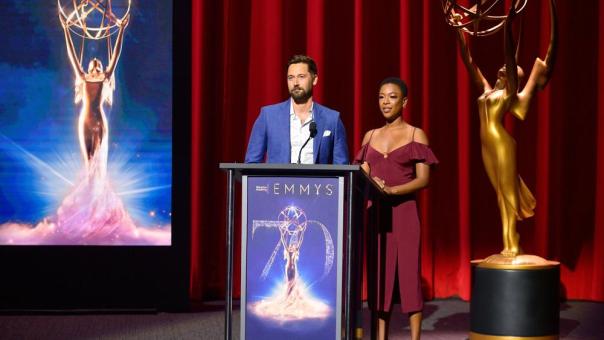 They say has finally come! The 2018 Primetime Emmy award nominations are in and there were some surprises and definite “I told you so” names mixed into the bunch.

Netflix had 112 nominations and HBO had 108. This may seem small, but HBO has had the most Nominations every year for almost two decades.

Here’s the short list of nominees that were announced on Thursday.

Outstanding lead actor in a limited series or TV movie —

Outstanding lead actress in a limited series or TV movie—

Sterling K. Brown, “This Is Us”

Milo Ventimiglia, “This Is Us”

“At Home with Amy Sedaris”

“I Love You, America”

“The Daily Show with Trevor Noah”

“The Late Show with Stephen Colbert”

A complete list of nominees can be found at Emmys.com.

The 70th Primetime Emmy Awards will be air September 17 on NBC.

Posted on July 12, 2018, in ENTERTAINMENT NEWS. Bookmark the permalink. 1 Comment.