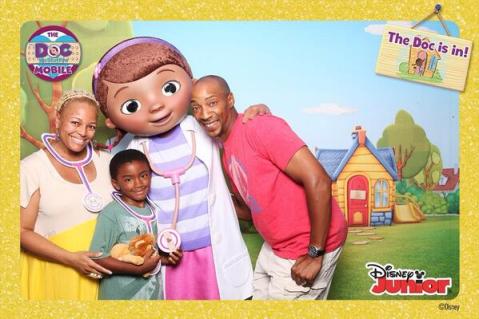 Actress Kim Fields is a mommy for the second time around.

The couple( who married in 2007) are already parents to son Sebastian Alexander, 6½.

“We are so blessed and grateful to God for this newest gift to our family.”

Ciara Predicts She Will Be A Bridezilla

The singer chatted with PEOPLE about her upcoming wedding to fiance Future.

“It’s going to be two parts,” Ciara told PEOPLE at the People’s Choice Awards nominations announcement last week. “We’re both from Atlanta and we have so many family and friends … it’s going to be hard to get everybody in one place, so we’re going to do a celebration part and a wedding.”

Ciara, 28, is making sure every little wedding detail is perfect. And though she doesn’t seem like the type, the singer believes she will be a Bridezilla.

Ciara also plans to show off her curves, but still keep it classy. “I want to go a little vintage, a little throwback classic almost like my mom was walking down the aisle,” she said.

Future, 29, is just as meticulous when it comes to details, but he’s decided to take a back seat and let his future wife spearhead the planning.

“He gets to have his say and then he lets me go off and do my thing,” she said. “I know he’s going to want the fun part to be right. We’re both looking forward to it.”

Trailer for J.Cole’s “What Dreams May Come” Tour [Video]

Rapper J Cole‘s What Dreams May Come tour kicks off in just a few days.  With the tour getting ready to start, the emcee has released a trailer. Even though there are no words spoken in the video, the visuals tell a story.

The tour, which features fellow emcee Wale, begins on Sept. 10 in Miami, Florida.

For more information on the tour and J. Cole, visit his official website.

Check out the What Dreams May Come tour dates below:

Love & Hip-Hop Atlanta newcomers DJ Traci Steele and DJ Babey Drew cover the new issue of Rolling Out magazine. The pair may no longer be romantically involved, but the love they have for one another is still there. Check out some of what they had to say below.

How did you guys first meet?

DJ Babey Drew: I met her while interviewing her for a position at the radio station.

DJ Traci Steele: But I was already engaged to someone else at the time.

Traci: Someone had wrecked his car and she had to take him to work every day. And we had a lot in common. We’re both West Indian and he would play reggae in the car on the way to work.

Drew: We’ve always juggled our business and personal lives from day one.

Was this a case of opposites attract?

Drew: We’re definitely different. This is definitely opposites attract. Because she’s loud and rambunctious. And I’m laid back. I’m not quiet at all. I’m just laid back. And to be honest, she’s the only woman who could just be yelling and I’m just like [waves his hand in a dismissive way] … Every other woman that has yelled at me in a relationship …

Traci: It pisses him off …

Drew: When they yell at me, it’s over. With her, it’s kind of funny.

When did the relationship get serious?

Traci: I was like 24, because I had bought my first house. And you took me to your parents. And your mother grilled the hell out of me. I don’t think she liked me … at first …

Traci: And we were driving home from meeting your mother and you said “I want you to be my girl.” And I was like “wow” [laughing].

Drew: You have elephant memory because I don’t remember any of it. I remember, but not the details.

For more with the dynamic duo, head over to RollingOut.com.

BET’s Comic View is about to make a triumphant return to television.

After being off the air for the past five-years, new episodes of the show is slated to begin in Atlanta as early as next month.

Comedienne Sommore, who hosted the show in 1994, will be back as the host for the show’s reboot. Kevin Hart, who was just starting out, hosted the last season of Comic View back in 2008.
A spokesperson for the network said they were not sure where the show would shoot episodes. Roland Powell aka Lil Duval got his start on the comedian-based show, after appearing as a regular in 2004. He now has his on show Ain’t That America (MTV2) and appears on Guy Code regularly.

Love & Hip-Hop Atlanta is prepping to tape its reunion show for the second season.

Even though the show is based in Atlanta, the reunion show will be taping on July 11 in New York.

VH1 is inviting fans and super-fans that will be in or around the NY area, the chance to join the cast live and in-person to discuss the season. This is the chance to see how the reunion gets put together, and to get a sneak peek at some behind-the-scenes information.

If you are interested in attending the taping, send an email to LHHAAudience@gmail.com with the information below. All requests must be received by Wednesday, July 10:

Toni Braxton isn’t quite done with music yet.

The “Let It Flow” singer did announce she was retiring from recording albums, but she did insist that she would still perform and tour. And it seems like Braxton is staying true to her word.

The songstress has release a list of North America tour dates. Ms. Braxton will kick-off her tour on Aug 9 in Las Vegas, and will wrap things up on August 31 in Atlanta, Georgia.

Braxton is currently working on a duets album with Babyface, so who knows; he just might make an appearance at one of her shows.