‘Up Late with Alec Baldwin’ Is No More 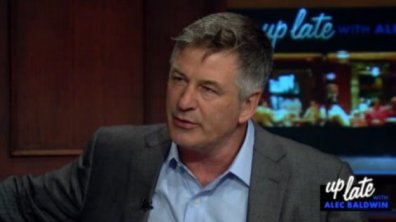 The actor’s show, Up Late with Alec Baldwin, was pulled from the line-up indefinitely, after allegations surfaced of Baldwin calling a paparazzo a “c**ksucking f*g.”  The show was suspended on Nov. 15, but now it seems as though the show is not coming back at all.

The New York Post is reporting that Baldwin a spokesperson for the actor explained, “The show is not coming back. He had questions on whether he wanted to continue.”

MSNBC insists that  it was a mutual decision.

“This is a mutual parting and we wish Alec all the best,” MSNBC said in a statement.