Two of the most controversial cheaters in Hollywood have just snagged their very own reality show.

Eddie Cibrian and LeAnn Rimes are getting their on show on VH1. The show, titled LeAnn & Eddie,  will follow the pair as they manage their careers, marriage and parenthood.

The show is expected to air either this fall, or in the winter of 2014. The reality show is only scheduled to have six episodes for its first, and hopefully not its only,  season.
The couple released a joint statement about the project. It says:”We are really excited to be working together on a unique show that will give you a glimpse into who we really are or better yet who we’re really not. We’re thrilled to partner with VH1 and [producers] The Gurneys to put our spin on a project full of love, humor and music.”

Will you be tuning in?

She’s been criticized for being too thin in the past, but  LeAnn Rimes is about to show a little skin when she guest stars on Anger Management.

The Country music singer revealed that she has snagged a guest spot on FX’s Anger Management with Charlie Sheen/. Rimes did not state if it would be a one-time gig or recurring.

And even though she didn’t specify the exact outfit,  PEOPLE magazine is reporting that she will be sporting lingerie at some point. Rimes took to Twitter to share the news that she had been fitted for her part of the show.

She wrote, “Just did my fitting for @AngerMgmtFX Loving my character’s getup! Charlie is a doll. Looking forward to tmrw.”

LeAnn Rimes Celebrates Her “First” Easter As A Wife 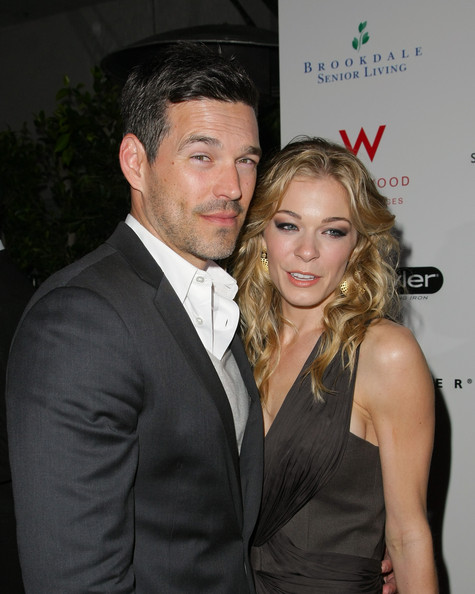 Singer LeAnn Rimes celebrated Easter with her new husband Eddie Cirbrian.  Unfortunately, LeAnn forgot that she was married to Dean Sheremet. As predicted, LeAnn took to her Twitter to layout her Easter plans for the world to see. She also boasted about celebrating Easter Sunday as a wife for the first time.

She tweeted,  “Happy Easter Sunday my beautiful friends.”   “Coffee… me, the computer…. Eddie [and] the Sunday newspaper…. waves crashing…holding hands…. nice way to start it! My first Easter as a WIFE! God thank you for your goodness. May we all be blessed today and forever!”

Rimes then went on to share with her twitter followers her special plans for the holiday:“Brunch w/my husband on the beach, massages and an impromptu Easter Egg hunt w/ 2 special boys! Perfect day, perfect weekend!”

Rimes and Cibrian were married on Friday in Malibu, California in front of their family and friends. Cibrian and his ex-wife Brandi Glanville share custody of two sons–Mason, 7, and Jake 4.

Well, after being called every adulterous name in the book, LeAnn Rimes and Eddie Cibrian are officially married.

Leann’s spokesperson, Rhett Usry exclusively told PEOPLE, that she and Eddie were married on Friday surrounded by their closest family and friends. The couple have extended their many thanks to everyone who has wished them well.

Rimes, 28, wore a Reem Acra gown as she and Cibrian, 37, exchanged vows  in front of about 40 guests. Cibrian’s sons (Mason and Jake) from a previous marriage were also at the wedding. i

The wedding was  a surprise to their family and friends, who were under the assumption that they would be attending an engagement party.

“I’m looking forward to settling down,” Rimes recently told People of her impending nuptials. “Settling into our life.”

LeAnn and Eddie got engaged in December 2010. I can only imagine what LeAnn’s mentions are going to look like when she starts tweeting about her married life.

Barbara Streisand was the Belle of the Ball as she performed and was honored as the 2011 MusiCares Person of The Year. Randy Jackson, Jewel, Fran Drescher,Jordin Sparks, LeAnn Rimes, Seal, Faith Hill and Crystal Bowersox were just some of the celebrities that came out to pay tribute and support Barbara.