Even a millionaire like Kanye West things Louis Vutton and other luxury brands are too expensive.

The rapper-designer  recently told Los Angeles’ Power 106 radio station that despite his 2009 collaboration with the brand, he wouldn’t collaborate with Louis Vuitton again.

He says, “If I had the opportunity to design for Louis Vuitton now, I wouldn’t. Because the prices [are] just too extreme. And I don’t want to use my message to have kids saving up that much, you know, to be part of what the ideas are. You know, that’s the problem to me with luxury.”

West even praised some of today’s fast-retailers.

“I don’t agree with everything that H&M and Zara does, but one thing that’s good is they were able to break that idea that creativity and things you want have to cost, like, a million dollars.”

The rapper recently decided to collaborate with A.P.C. –a brand that, has higher-priced items H&M, but still won’t make you go broke. 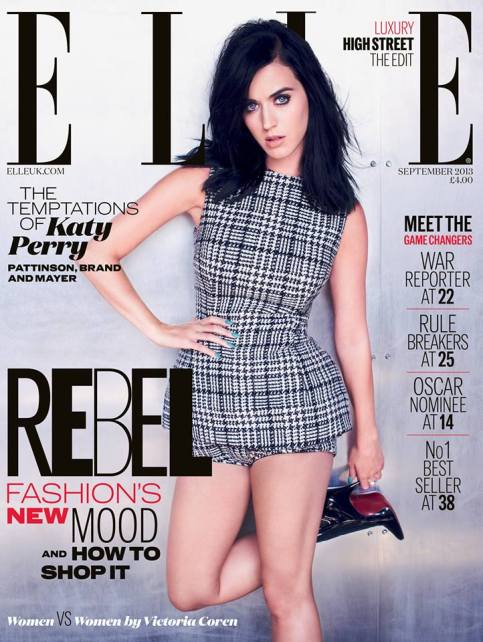 The singer sports pieces from Prada, Miu Miu, Louis Vuitton, Alexander Wang and Sacai for her shoot with the magazine (check ELLE’s official website on July 31 for the photos).

In this issue, Perry chats  about the break-up and make-up with John Mayer, moving on from Russell Brand, and what her relationship with Robert Pattinson is all about.

For more with Perry, visit ww.ELLEUK.com.

Matthew McConaughey is back in full form. The 43-year-old actor is the cover story for the April issue of DETAILS magazine. He was photographed by Mark Seliger for his debonair photo shoot  with the magazine. Inside McConaughey dishes on family, roles, and much more.   On choosing family over his career: “I never said, […]

Gwyneth Paltrow is normally known for her girl-next-door look and approach to life. But in the August issue of Vanity Fair magazine, Paltrow is showing the world some skin.  the picture above shows a topless Paltrow in some black fishnets and decked out in diamond jewelry. Too risque or a nice change for Paltrow? […]

Actress Angelina Jolie sports her own clothes, bare-feet and a bare face for the new print ad campaign for Louis Vuitton called “Core Values.” The ad was shot by famed photographer Annie Leibovitz and was unveiled yesterday(June 13) onWWD. According to UsWeekly, the money Jolie was paid to do the advertisement will be donated to […]

Taylor Swift has gone from CoverGirl spokesmodel to an actual  cover girl. Swift graces the cover of the June 2011 issue of InStyle magazine. In this issue, the Country singer opens up about the topic of love. Although she’s been linked to a few men in Hollywood, Taylor doesn’t care what a guy does for a living.

Check out a snippet of what Taylor had to say about love below.

“There are no rules when it comes to love,” Swift told InStyle. “I just try to let love surprise me because you never know who you’re going to fall in love with. You never know who’s going to come into your life—and for me, when I picture the person I want to end up with, I don’t think about what their career is, or what they look like. I picture the feeling I get when I’m with them.”

“I have this really high priority on happiness and finding something to be happy about,”

This explains why Taylor’s always making those love songs. Might I add, it’s refreshing to see her without the Shirley Temple-like curls. She’s blossoming int a gorgeous young woman. 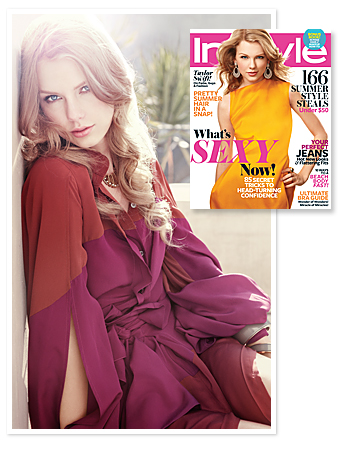