Carmelo Anthony flashes his picture-perfect smile on the April cover of Wall Street Journal magazine. For this particular shoot, Anthony was photographed by renown photographer Terry Richardson, who got in on the action during some of the outtakes. Even though Melo’s personal life has been the talk-of-the town,  the NBA baller is still smiling. […]

LaLa Vazquez is back with an all-new series this summer. Instead of following LaLa around as she plans her wedding, fans will get a chance to look into her life, in the new series LaLa’s Full Court Life.  Okay, it’s not the most unique name for a show, but that’s besides the point. Check out the synopsis of the show below.

The wedding may be over but the fun is just beginning for La La. With the sudden news that her husband is traded to the New York Knicks, La La deals with new adventures in matrimony and parenthood as she prepares to move back home to New York City. Along the way, viewers will also see La La juggle her busy acting and television hosting career and seek advice from some of her famous friends, including 50 Cent, Kelly Rowland, Trina, Serena Williams and her best friend Ciara. The 10-episode 30 minute series will premiere Monday, August 22 at 10PM*.

Carmelo Anthony and LaLa Vazquez went all out for their son Kiyan‘s 4th birthday party.  The happy couple presented Kiyan with a Batman cake, some goodie bags and his very own car. LaLa’s BFFF Ciara and NBA baler Amare Stoudemire were also at the party.

LaLa Vazquez (who was coincidentally wearing orange and blue) st courtside with son Kiyan and BFF Ciara to support Carmelo Anthony at the Knicks at Madison Square Garden on March 4, 2011 in New York City. Even though Ciara and LaLa seemed to be spending more time making faces and taking pictures, they all seemed to be having a good time. 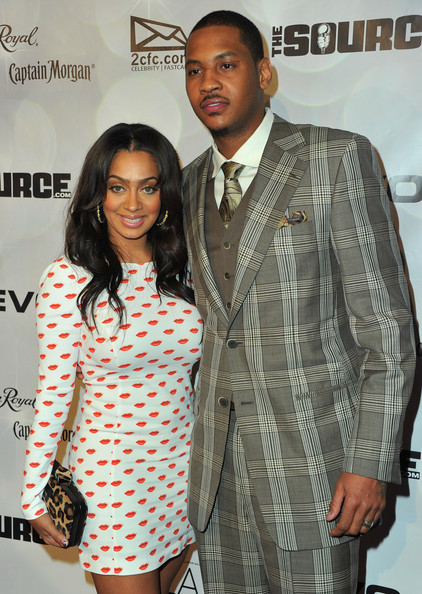 Well that was fast! Just days after Carmelo Anthony signed a 55-million dollar deal with the New York Knicks, comes the announcement of a new reality show in the works  for the couple.

According to The Hollywood Reporter, the series will consist of 10-episodes that will chronicle Anthony and  Vazquez’s move from Denver to Manhattan.

La La’s  previous reality show, La La’s Full Court began shooting its second season last month, no word on if the title will change once the show is actually ready to premiere.

30 Rock star Tracy Morgan, 42,  is recovering from a kidney transplant he underwent on Dec. 10.

Morgan, who is diabetic, is said to be doing well after his transplant.

According to PEOPLE,  Morgan’s co-starTina Fey and the other writers of 30 Rock plan to address Morgan’s absence on the show by saying he has some sort of a meltdown. 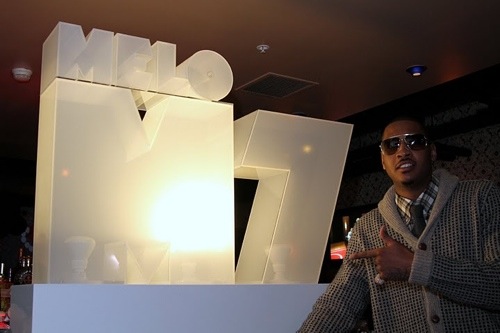 LaLa Vazquez and her husband Carmelo Anthony hosted an event to celebrate the release of  Anthony’s new sneaker. The event took place this past weekend in Denver.  The name of Anthony’s sneaker? It just so happens to be called Jordan Melo M7. Take a look at some of the pictures from the celebration courtesy of TheYBF.